The Sacred Heart’s Book of Exorcism

"Woman of the Church: an Exorcist's Story" is a book that changes how the reader sees traditional exorcism. Through a dynamic, lively story, Mother Elyse Polyte retraces the main stages in her life and apprenticeship: solitude, illness, and misery are the human "challenges" that she has faced all over the world, in warm countries where violence and voodoo are rife. It is in this hotbed that she discovered her powerful paranormal abilities which, underpinned by a devout faith in God, acted as her calling, and she took on the mission of fighting against demonic forces and those who use them for malicious purposes in dark rituals. Between the physical reality, the divine world, and the world of evil, the author tells of her experience in spiritual combat, though a number of real, unusual cases. You will be immersed in the heart of real cases, the cause of so much secret suffering and torment, far better hidden and more widespread than we would ever believe. At the dawn of the new material, modern century. The world of Satanism is gaining strength and beginning an inexorable advance.
And the Servants of God are more than ever before engaged in battle against omnipresent evil, one without respite, to free the victims of the dark masses. Mother Elyse explains what you don't understand.

But it leaves no-one indifferent. 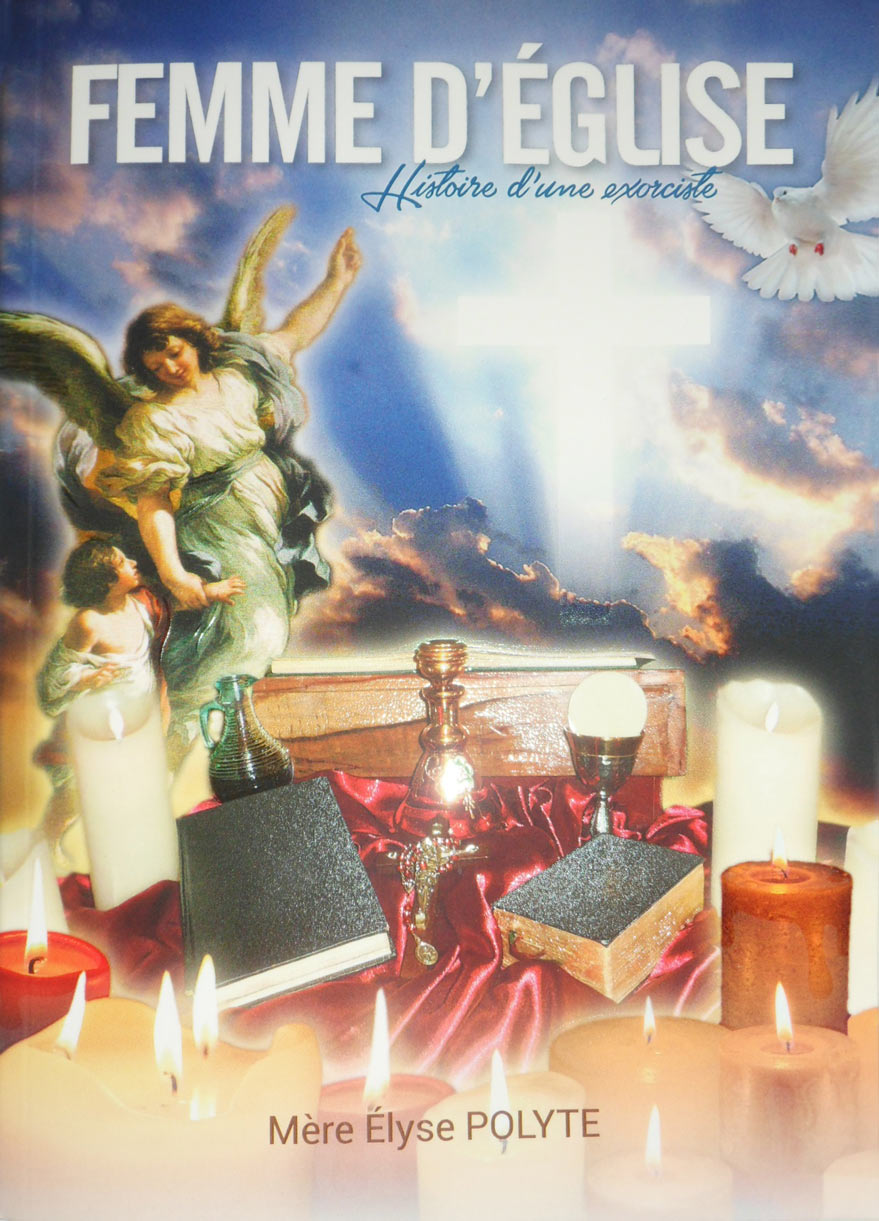 "Tightly holding her hand in mine, I placed one of my thumbs on the back of her wrist, the other in the crook of her elbow. Then I started to concentrate, and after 15 minutes I was literally projected. I found myself face to face with a giant demon with a bulldog's head and jutting teeth, its curved claws grating as it moved towards me. I was frozen in fear..."

"Now, you know what you have to do: Break the ritual, calm the storm, and sever the link to hell. Then you can soothe the soul and return it into the light."
placed my hands‐above the first ritual, and I began my prayers for exorcism: "In the name of Jesus, I call upon evil...". I heard noises, like things banging together. Then, I saw a thick, glowing red substance spread across the wounds. The divine fire...

"All of a sudden, I saw the rigging of a boat, and I was on a slave ship, projected into the captain's cabin. He appeared to me as a man covered in filth, with a sadistic edge. And then I was a young girl with ebony skin, bound by the neck and hobbled, next to his bunk. The scenes came in quick succession, like quick slides... which was probably for the best with some that were hard to stomach."

By checking this box, you accept the terms and conditions of the book "Woman of the Church: an Exorcist's Story", written and published by Florence Polyte. I acknowledge my right to withdraw..

Book
By continuing your visit to this site, you accept the use of cookies to offer you the best experience of use. For more information see our privacy polity.
Got it